CB Seniors Plan To Take On The World

The Class of 2014 entered to learn. Now they are ready to serve. As graduation approaches, seniors are gearing up to take the momentous leap into their lives after Christian Brothers High School. They have decided which colleges they will be attending, but that is just the first of many significant life choices that are […]

The Class of 2014 entered to learn. Now they are ready to serve. 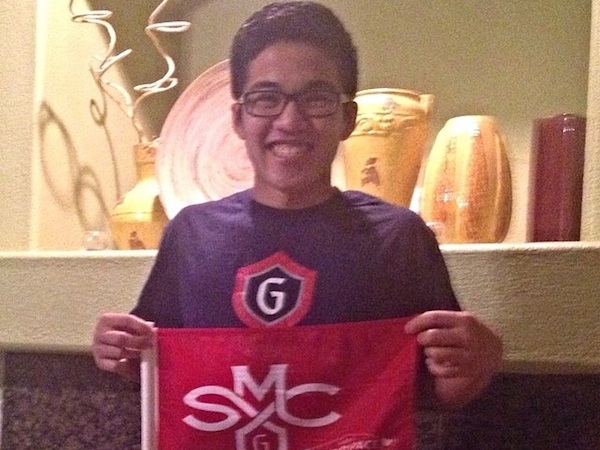 As graduation approaches, seniors are gearing up to take the momentous leap into their lives after Christian Brothers High School. They have decided which colleges they will be attending, but that is just the first of many significant life choices that are on the way.

As seniors prepare to branch out on their own and start to form an independent identity, they feel a turbulent mix of excitement and fear.

“What scares me the most is the independence. Especially with food–there’s no more of Mom’s cooking,” says Ted Datanagan (‘14).

Ted, an enthusiastic senior, is headed off to his top choice of St. Mary’s College in the fall and he looks forward to the chance to start fresh.

“You gotta be yourself and the right group of friends will find you,” comments Ted, worry-free about being able to form true relationships and deep friendships in college. After all, throughout high school he has learned that only from being himself will he find the friends that truly care about him.

Ted, like other seniors who have decided to go the Catholic route for college, is looking forward to “sticking with Lasallian tradition”.

He will be able to continue to learn and grow in the pedagogy of St. John Baptist de la Salle and be among like-minded individuals who value this type of education.

Rachel Flynn (‘14) is going on a very different path from Ted next year, but she still has pressures and fears on her shoulders.

The senior will be attending Sacramento City College for two years following graduation, and is equally excited and worried.

“I’ve got a lot of pressure to get a job and it’s not exactly an easy task at this time,” says Rachel.

Many students can relate to that, considering that a lot of colleges require students to contribute to the payment of their tuition. Between studying and navigating a new social scene, making money will be an additional stressful factor.

Finding a job is not the only thing with which Rachel must deal. Even though Rachel is staying in Sacramento, it will still feel like a new environment.

She will not have “the same security in my friend bases” since her friends will be far-flung at various colleges.

Rachel will have to navigate her way in a familiar but wholly different world, not unlike those who are traveling farther away. She will be tasked with making new friends and finding her place.

Sophie Lee (’14), who will begin her freshman year at UCLA this fall, names the terrifying possibility of “not waking up to [her] alarm clock” as her biggest concern for college.

After all, she will be completely responsible for herself and her schedule. There is no chance of her mom coming to wake her up if she has overslept!

Ted echoed this sentiment by saying that “it’s scary that you’ll be out on your own and make your own rules.”

All future college freshmen will have to deal with the stresses of independence, but that very freedom is what appeals to them so greatly.

Rachel is elated to finally have the chance to “be able to choose what I want to do and not focus on what adults say.”

After living under others’ rules for her whole life, Rachel feels she has learned how to responsible and “to be able to put those actions into place would be cool.”

Ted is heading into college hoping to gain a greater understanding of himself and his vocation.

He wants to see “what I want to do with my life and what kind of learner I am”.

That is the goal of college after all–to find oneself and grow confident. Ted has four years to gain a greater understanding of where his life journey is taking him.

Sophie, a straight-A student who was in the running for valedictorian, is excited for the academic opportunities that go beyond the scope of high school and are unique to the college experience.

“I am looking forward to being able to focus on my topics of interest,” she says. “Taking AP Computer Science and AP Biology have helped shape my academic interests.”

In her case, she would like to study computer science, psychology, gender studies, and French. Her wide variety of interests reflects her genuine curiosity about the world around her and her desire to learn all that she can.

Of course, it will be a full plate, but Sophie is starting early with some classes during the summer and it does not bother her to get a jump start.

“I am looking forward to living in Los Angeles and taking advantage of the resources at and near UCLA,” Sophie remarks.

When her exciting new life is on its way, why not start a little early? Sophie will get the lay of the land and a sense of comfort in her new home before the fall semester even begins, but not limiting herself to simply academics.

“I plan to get involved in club-level tennis, an a cappella group, community service, undergraduate research, and internships,” says the highly motivated student.

Many college students lament that there are too many fun activities to find enough time for, so Sophie, along with her classmates, will get the chance to decide to what she truly wants to dedicate herself.

Finally, one thing these seniors have in common along with the rest of their 2014 classmates is the desire to make a positive impact on the world.

Ted, kind-hearted and chipper, mentions wise words his mother has told him.

“Take your education and be able to support yourself so you can support others” are his words to live by.

“I really wanna be able to support myself, and my family, whatever God has in store for me, but also give back to the community,” says Ted, who intends to study international relations to connect with others all over the world.

“I want to make a positive impact in the community,” enthuses Ted, flashing his large and friendly smile.

International relations are just up his alley. “I really like helping others and international travel,” the adventurous senior explains.

Sophie, a sensitive and unique individual (you can tell from her brightly colored hair and silly sense of humor) aspires to make a positive impact and spread smiles through the medical field.

She hopes one day to join Doctors Without Borders, an organization that travels worldwide and provides emergency medical aid to those affected by conflict, epidemics, disasters, or exclusion from health care.

Sophie has also considered the idea of being a psychiatrist stateside.

“I have a feeling a lot of people are going to be needing psychiatrists. The process of applying to colleges is a terrible experience,” quips Sophie.

The college application process is indeed a stressful and sometimes heartbreaking experience that every senior has had to endure this year.

However, it has all been worth it, and seniors will take the knowledge and skills they learned at Christian Brothers to succeed in the world and never stop being in the service of others.

Lasallian education has really helped to shape Ted, Rachel, and Sophie along their life journey.

“CB has really touched me to grow in my faith,” says Ted, an active member of the Senior Retreat Leadership Team and Campus Ministry activities and liturgies.

His stronger, deeper faith will help him reach out to others for the rest of his life, and it all started at Christian Brothers.

Rachel, a caring soul who was a student leader on Kairos, has had an enlightening experience at CB.

“They’ve helped me to expand on my values and helped to encourage my goals,” says Rachel fondly of her teachers, friends, classmates, and all others who have played a part in her Christian Brothers education.

Speaking of goals, Rachel aspires to branch out after her time at Sacramento City College and explore big city life.

“I hope to transfer to a four year college,” says Rachel, “in a big city…New York, LA, maybe Boston.”

Rachel’s years at CB have taught her that she can do and be anything she would like to.

“I know now after four years that I can do it and I have the tools to do so,” concludes the responsible and caring senior.

Sophie truly takes the school’s motto and message to heart.

“CB has really encouraged me to take part in community service,” says Sophie, who volunteers at a crisis line center, potentially saving lives every day.

“I plan to enter to learn, leave to serve,” Sophie affirms.

She is not the only one who intends to live out the Christian Brothers motto. She is joined by her class in her motivation to live out Lasallian values.

No matter what twists and turns, challenges and joys the future holds, one thing is for certain–they are Brothers for life. 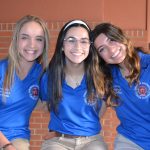 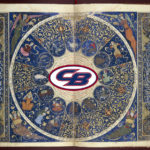