Someone To Model Your Life After

Members of the CB community discuss the people in their lives who have shaped them most. The Greek philosopher Aristotle taught that virtuous ethics are developed from experiencing certain situations and learning from others. In order to serve our immediate community and the world, we must develop the best morals possible. Establishing such morals and […]

Members of the CB community discuss the people in their lives who have shaped them most. 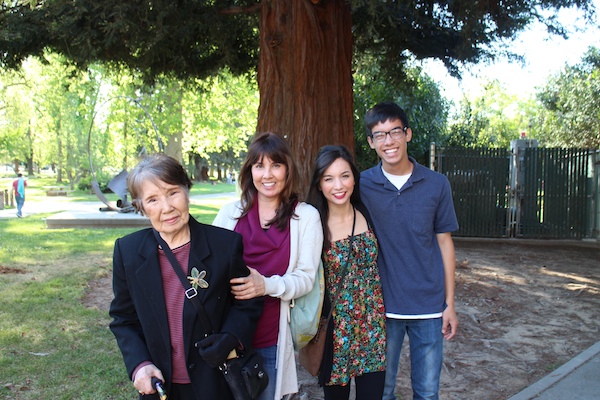 The Greek philosopher Aristotle taught that virtuous ethics are developed from experiencing certain situations and learning from others. In order to serve our immediate community and the world, we must develop the best morals possible.

Establishing such morals and behavior begins in the fledgling stages our lives. Babies, toddlers, young children, teens, and young adults are sponges — what they hear and see influences them as they grow and develop into crucial members of society; they are the future and in turn, they teach those who follow them.

From the time we are young, we learn certain morals and behaviors from different people in our lives, positive and negative. Formulating these traits comes from spending time around those in our everyday lives’ and learning about those who stick out to us. It could be one’s mother or father, a celebrity, a teacher, or even a friend.

These people are known as role models, a term coined by sociologist Robert K. Merton. They provide examples for those around them as to how to act and conduct oneself.

The impact role models have in someone’s life is great. It can steer this person down a path which could determine or heavily impact their own future in a variety of ways.

Christian Brothers President Mr. Lorcan Barnes was heavily impacted by a number of role models while growing up. Without a father or grandfathers growing up, he admired his mother and then his friends’ fathers.

From a young age, Mr. Barnes’ mother was the only adult role model in his life,

“She [Mr. Barnes’ mother] was extremely hardworking and responsible,” he noted, two characteristics he values greatly.

As he grew older, the male role model spot was filled by other individuals with solid character.

“My friends fathers became surrogate fathers to me,” he explained. “Knowing that I didn’t have a father, they intentionally took it upon themselves to take me to ball games and coach me.”

As a young adult, Mr. Barnes met another very influential role model with whom he keeps a relationship with today: Father Pat Cahalan, the current chancellor at Loyola Marymount University.

Mr. Barnes described him as a very clear role model, while being his boss, friend, and professional mentor for five years.

“He hired me for a job, knowing that I was untrained, but open to his guidance,” he remembered. “This began a five year professional relationship and a 25 year personal friendship.”

During this relationship, many important lessons have been taught and values learned. Of these values, Father Pat taught Mr. Barnes leadership, strength of character, balance of priorities, and focus on responsibilities.

As leader of a community, Mr. Barnes realizes how valuable role models are in today’s society.

Senior Jenna Culley (’14) has two very important role models in her life: her mom and Jennifer Lawrence. The support and advice Jenna’s mother gives her while also encouraging her to do what she wants, but teaching her what is right and wrong at the same time, affects Jenna’s life immensely.

“She helps me through virtually everything and is never judgmental of my decisions,” the future Marian University soccer player said. “I tell her everything. Aside from [being] my mom, she is one of my best friends,”

“I can rely on her opinion when I go to her for various reasons,” she added.

On the other hand, and as Jenna describes it, “a lighter, more cliche note,” Jenna believes Jennifer Lawrence is a fabulous role model.

“She [Jennifer Lawrence] lets it be known it’s ok to be strange and funny, yet make it big in the world, which is what I am going to do,” Jenna joked. “I look up to her because she is always positive and is a hard-working and talented little lady.”

Even though she is still young, Jenna already recognizes the importance of role models in society today.

“All role models can help influence the next generation and even people their own age when setting a leading example.”

“Especially those who are seen by so many through media because once they set a good example, it is publicized for others to follow.”

Like Jenna, Daniel Lee (’15) also thinks of his mother as a role model and treasures the support she gives him.

“She’s been as supportive as a person can humanly be,” the junior claims. “She’s not one of those ‘Tiger Moms’, she’s just like, ‘Daniel, whatever you do, I’ll be proud of you.”

This great amount of support and love makes Daniel want to be the same type of parent. Daniel also cites his grandmother as being his other role model.

“She’s a three time cancer survivor, but is one of the most optimistic, caring and generous people I know, and I just think that is amazing,” he says lovingly.

While sharing his opinion and getting his point across eloquently, Daniel showed off his vocabulary while talking about role models in our world today.

“I think they are extremely important especially considering the veritable plethora of poor role models that are available in our culture.”

Science teacher extraordinaire and Christian Brothers alumnus Mr. Danny Delgado (’79) has learned from many people throughout his life. However, the most influential figures in his life have been his grandmother, mother, and father.

His grandmother showed her strength while raising a child by herself and being a successful individual. Mr. Delgado also mentioned his grandmother grew up during a time that was not easy for women, especially divorced women in the Catholic Church.

“She [his grandmother] really helped my mom after she got married and had all of the kids,” the science instructor says. “She was the support system for us”

Mr. Delgado’s mother also served as inspiration to him.

“She was an only child, but she managed to raise a family of eight kids.”

His parents faced many hardships while growing up; however, they learned from the mistakes others made and did not make the same ones.

“My father grew up in an orphanage and then went to an alcoholic and abusive family,” he explained, “but he raised us differently.”

Mr. Delgado believes he has become a lot like his father,

“He was very active in the church and his community and I sort of became that person.”

But the cross country coach was quick to interject that role models aren’t meant to be perfect.

“It’s about taking that imperfection and making it into something that benefits the greatest of our people.”

He also mentioned the people used as role models in society today are not real role models and that they are unrightfully put on a pedestal.

“Being a role model doesn’t stop when the cameras are off of you, in fact that’s when it becomes more important. Somebody once said, ‘integrity is doing the right thing when no one is watching.’ That’s what a role model is.”