The Pleasure Of The Page

How has our culture changed the way high school students read? As the world has welcomed a new day of technology, some people have turned away from the page. High school students especially have failed to explore the sweet inﬁnite worlds of a writer’s mind.  The Internet, tablets, phones, and attention-killer apps like Vine have […]

How has our culture changed the way high school students read? 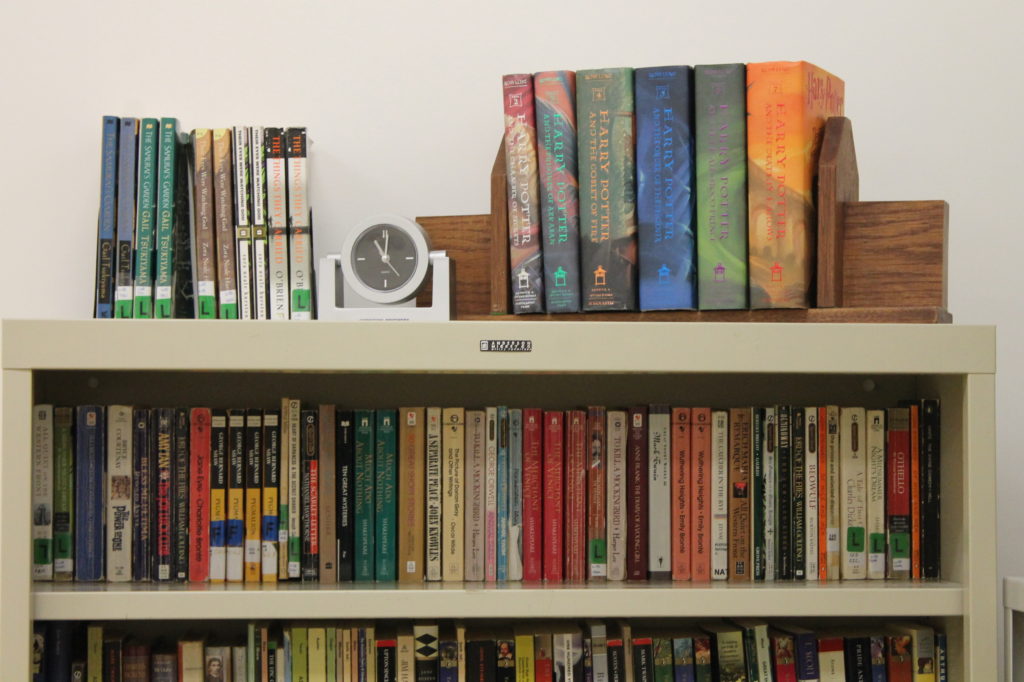 As the world has welcomed a new day of technology, some people have turned away from the page. High school students especially have failed to explore the sweet inﬁnite worlds of a writer’s mind.  The Internet, tablets, phones, and attention-killer apps like Vine have mutilated the average teenagers capacity to enjoy anything that isn’t immediately gratifying.

Today, beautiful works of all kinds are tossed to the wayside simply because they fail to stimulate within minutes of introduction. As people mature, they develop a capacity to ﬁnd beauty in the artistic world. Epic books or expansive albums may one day suddenly make sense to the teens who can’t get over how great Frozen is (sorry Frozen fans, I just really don’t get it).

But literature is different. Books are about a personal experience in which our hyperactive world has a moment to slow down. A good story connects to someone’s life in a way that obscures any distinction between the novel and reality.

Books require our hyperactive world to slow down, but it seems teenagers drift farther away from this patient culture with every generation.

The Fault in Our Stars, a novel written by John Green, seems to defy the common culture. Many students of Christian Brothers have heard of the book, if not because they read it themselves, because they know someone who did.

“I know a lot of girls like John Green, but I wouldn’t say, in general, anyone really enjoys literature passionately” says Alex Lloyd (’15), an avid reader within the CB community.

Although not a particularly groundbreaking piece of literature, the book succeeds in turning out a genuine emotional response from teenagers, something that books don’t often successfully do.

Though Jake might sound lazy, he embodies a sentiment common among his peers. Between seven classes, it comes as no surprise that the average student might rather listen to music or watch a TV show on Netflix than pick up another book.

Mikey Sparks (’16) and Giselle Cantiller (’16) agreed that they don’t make time to read, but Giselle did manage to read a book over Christmas Break. And yep, that’s right. She read The Fault in Our Stars.

“It was so great. Yes, I cried” says the emotional teenager.

The truth is we are too busy for a lot of things that could potentially bring true satisfaction. With such a busy high school schedule, it can be hard to focus on any extra-curricular activity that isn’t popular within a high school environment. Thus, books, and really anything that isn’t large and happening “now” are lost on most people.

In a way, though, it’s awe-inspiring. There are so many beautiful things in our world that they can’t all be appreciated. But that’s okay. The wide world is open for exploration, and opening a book isn’t too hard.