The sun is shining, the ground is dry, and it’s warm enough for sunbathing. But it’s the middle of the winter, so what’s going on? (photo courtesy of National Oceanic and Atmospheric Administration) California is officially in a drought. Governor Jerry Brown held a conference on  January 17, officially declaring that the drought was an […]

The sun is shining, the ground is dry, and it’s warm enough for sunbathing. But it’s the middle of the winter, so what’s going on? 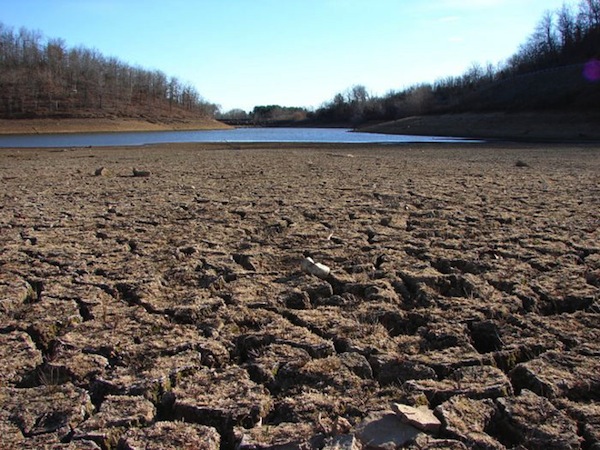 California is officially in a drought. Governor Jerry Brown held a conference on  January 17, officially declaring that the drought was an emergency.

Brown asked California residents to do their part and cut their water usage by 20%, although mandatory restrictions have yet to be applied, according to NBC News.

Last year was the driest year in California’s history since record keeping began in 1849, and it isn’t getting better, according to Huffington Post. Reservoirs and lakes around the state are at dangerously low levels. Folsom Lake has dipped to 17% of its total capacity, which is 16% lower than the average for this time of year, says the California Data Exchange Center.

CB science instructor Mr. Danny Delgado (’79) spoke with the Talon about his what he is doing to conserve water.

“Washing dishes, taking shorter showers, not watering the lawn. Stuff like that,” he says. “I’m thinking about it just like everyone else is — everybody can still be more cognizant of letting water run in the sinks”

“Because we’re a water dependant state, it just means that we’re gonna have limited water access” he added.

He went on to explain how the drought is affecting the whole state.

“If we don’t have water even to meet the needs of the people up here, then we’re gonna be hard pressed to deliver water down to Southern California.”

The drought is being caused by a high pressure front looming in the Pacific. The massive front is spans over 2000 miles of the ocean and is 4 miles high. Unlike most masses, which eventually break down and allow storm clouds through, this one has survived since December of 2013, when it formed.

Some clouds have been getting through, but don’t let that fool you. The brief showers that fell late last week didn’t end the drought. We’ll need multiple large storms to pass through if we want water in our lakes, rivers, and reservoirs this summer.

The drought isn’t over, and we as a school and each of us individually can do our part to help consereve water and prepare for the summer.