Narnia: The Mystery Behind Room 305

It may take on the same name as the mysterious world beyond the wardrobe as written by C.S. Lewis, but this club is one of the most inclusive on campus. How did room 305 come to be the home of “Narnia” — one of the most recognized clubs at Christian Brothers? It all started just […]

It may take on the same name as the mysterious world beyond the wardrobe as written by C.S. Lewis, but this club is one of the most inclusive on campus. 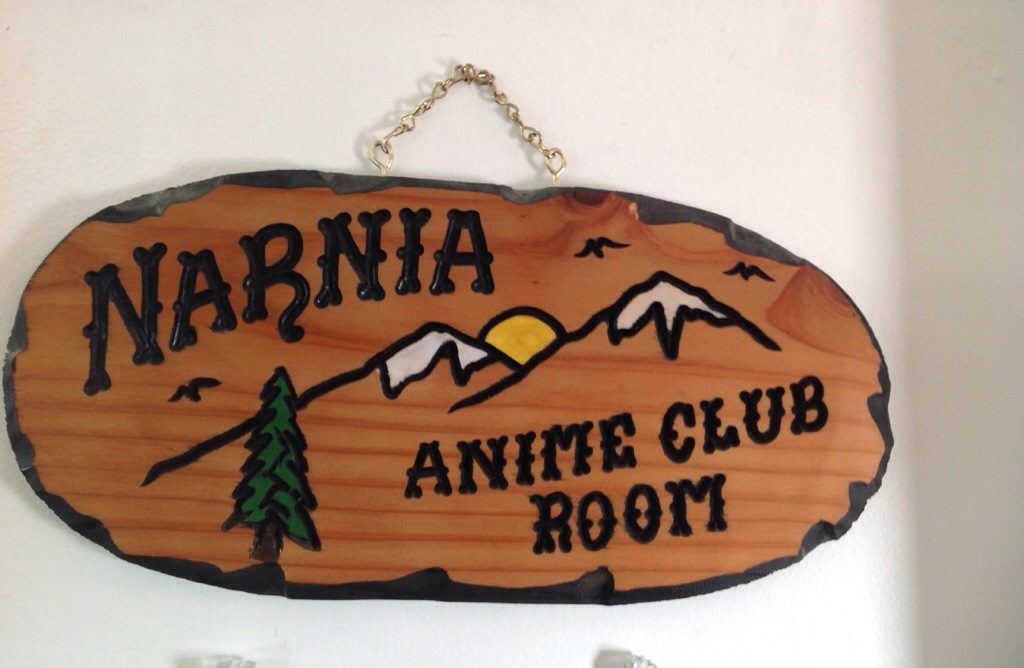 How did room 305 come to be the home of “Narnia” — one of the most recognized clubs at Christian Brothers? It all started just like any other student hangout.

“A few kids noticed that I was here for lunch, and they asked if they could eat their lunch in here too.” Mr. Findlay MacIntosh says of the group of kids who spend time in his classroom.

The name “Narnia” made its way through social media among students and such, thus becoming the official calling card of the group. Narnia, however, is known officially to CB as the Anime/Manga club.

This free space is not only for students to enjoy their lunch, but also to escape in order to finish homework. Or perhaps to just meet some really cool people.

“The Anime/Manga club seems to be a place where like minded kids get to hang out, eat their lunch, watch movies and just socialize” say Mr. MacIntosh. “There is an open door policy, and I think I leave everyone to their own devices. I respect your privacy.”

But the club’s president, Elizabeth Moorhead (’15), has been a part of Narnia since day one of her freshman year and has shown extreme dedication to what she considers her sanctuary.

“My brother brought me into room 305 on the morning of my first day of school, welcomed me in the club, and showed me around,” she says. “I can’t imagine life without that room.”

So what exactly goes on in the Anime/Manga club?

If you thought this club was just a bunch of avid fans of “Naruto” or “Pokemon” sitting around and “fangirling/fanboying” out…you are partially correct.

There is a love of many anime and manga alike within the walls of 305. But there is so much more to the world of Narnia that people hardly even know about.

“We watch movies and we talk to each other. A lot of students that come in are artists.” Elizabeth reveals about the warm and welcoming atmosphere. Should a passerby happen to walk into the room you’ll get a familiar and open feeling. And that’s exactly what Liz wants for current and future members.

Everybody has responsibilities within the club. Jamie-Lee Parliament (’15) takes on the roll of filling in for Madame President when she is away or has other things to do.

“I keep order when the president isn’t here. I make sure things runs smoothly.” Jamie-Lee says of her contribution to the club.

The Anime/Manga club has done an amazing job in keeping its members feeling like they have a home away from home.

“This club means a lot to me. It is where I’ve met most of my friends here at CB.” Jamie-Lee reminisces about her times in room 305.

“It’s just a place to go to anytime of day and spend time with like minded people,” Amanda Maurer (’15) explains about her experiences in Narnia. “We are like a family”.

Mr. MacIntosh would definitely recommend coming to check out the room,

“If you are looking to make new friends or broaden your social network. Try it out one day after school,” the art instructor says.

So next time you think about looking for a place to hangout after school or eat lunch, just stop by room 305, aka Narnia.