KBFT looks to change up the format of its flagship news program as it embarks on its 12th season. As we begin our first few weeks into the school year, the cast and crew of KBFT prepares for the beginning of its new season. But this year, it isn’t just about cutting edge or informative […]

KBFT looks to change up the format of its flagship news program as it embarks on its 12th season. 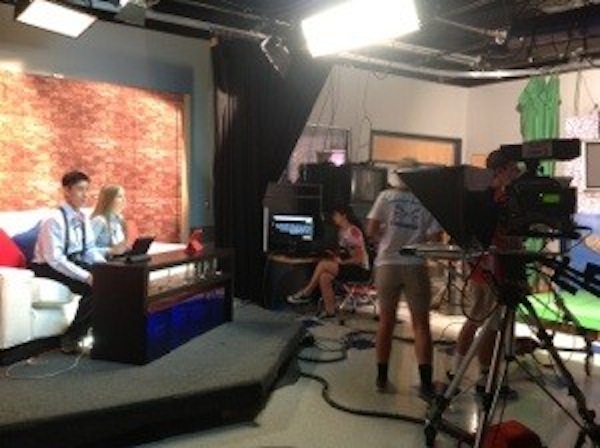 As we begin our first few weeks into the school year, the cast and crew of KBFT prepares for the beginning of its new season. But this year, it isn’t just about cutting edge or informative stories.

So, what’s so great about a new season? Why not just ask the man in charge himself, KBFT Program Director Mr. Brendan Hogan ’95.

“It always feels like we’re not ready,” Mr. Hogan explained, describing the rush of getting KBFT to final production. Along with feeling pressed for time, there will be a new look to the set as well.

As part of the changes being made to the show, a list of goals for success is implemented. Mr. Hogan would like to see a substantial increase in viewership. To capture the attention of its student viewers and deliver the message appears to be KBFT’s primary goal.

The crew also has the goal trying to talk to or reach the audience but still work under the responsibility of broadcasting the news. It is important to both connect with the audience, but still inform them.

KBFT would also like to make the format seem like more of a conversation or a chat. A comfortable yet exciting atmosphere is a major objective for the students. Enter, the comfy couch! Adding the couch makes it feel as if you’re standing in somebody’s living room, making for a more relaxed atmosphere.

In addition to behind the scenes challenges, a new batch of students has proved to be a something of a delicate balancing act. On the one hand, Mr. Hogan has a group of Video I students who have progressed whom he continues to mentor. Now he has an incoming group of new students who have to begin from scratch.

Students new to the class have a few things to consider before joining the KBFT team, which includes journalists, filmmakers, on-camera talent and “techies”.

“You must be prepared and be thinking ahead,” the instructor expressed.

Saying hello to the arriving students also serves as a salute to a more distinguished class that must move on by the end of each year. On the matter of his bond between himself and the students Mr. Hogan says “The kids and I develop a real close relationship.”

“Every year, something’s new.” Hogan adds about the yearly adjustments to the show, whether its the people who walk in and out of the classroom each day, or the creative stories broadcasted on our television screens.