CB Strategizes For The SAT & ACT

Stressing about the SAT and how you could possibly study for such an important test?  CB students and teachers have a variety of strategies that can improve scores. Students across CB are preparing and strategizing for the infamous Scholastic Assessment Test, while others use their free time to study for the ACT. Some confident students […]

Stressing about the SAT and how you could possibly study for such an important test?  CB students and teachers have a variety of strategies that can improve scores. 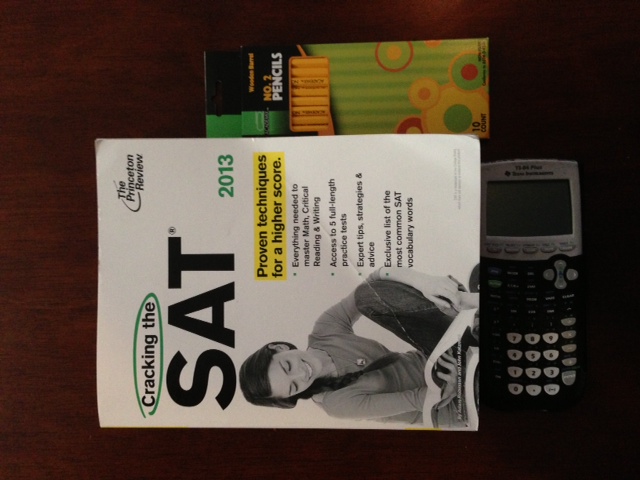 Students across CB are preparing and strategizing for the infamous Scholastic Assessment Test, while others use their free time to study for the ACT. Some confident students will even go so far as to prepare for both tests, resulting in a plethora of academic studying.

For many, the obvious method of preparing for one of these tests if to enroll in a prep class. SAT prep classes are offered at numerous academic tutoring centers and Christian Brothers also has runs an SAT prep class of its own.

“It appeared that there was a need for [an SAT prep class] on our campus so I was approached by the counseling department and asked if I would be interested in helping out,” Ms. Cassetta says. “It has morphed over the years into what it is now.”

The strategies taught by Ms. Cassetta and Mrs. Coyner allow test-takers to solve problems much more quickly and efficiently — a skill that is very useful on a timed test such as the SAT.

Austin Ryu (’14) is one of the many students who have taken the prep class offered by CB.

The prep class helped Austin effectively hone in on his weaknesses in reading and writing, but also strengthened his already high math skill.

“Thanks to the help I got from the prep class, I feel a lot more confident in my ability to perform well on the reading and writing portion of the SAT,” Austin happily remarks. “The prep class was all about practicing the sections in the SAT booklet and after taking the practice test repetitively, I noticed my weaknesses and strove to fix them.”

However, not everyone believes that prep classes are necessary for the preparation of standardized tests. One such example of a student with this train of thought is Diego Breedlove (’14), who decided to study for the ACT individually rather than enroll in a prep class.

“I just felt that the prep classes were kind of a waste of money,” the junior says. “In the end, I decided to save my money and simply study for the ACT on my own and on occasion study with my brother.”

Equally, if not more, important is consuming a healthy, nutritious breakfast in order to ensure high test scores.

“Breakfast is absolutely necessary, kids should always eat before they go because if you haven’t eaten your mind just doesn’t have the energy to perform at its greatest capacity on the SAT,” says Ms. Cassetta.

The literature teacher also reminds students to eat healthy foods before the SAT such as “fruit, cereal, eggs, or oatmeal, something that can sufficiently fill a growing teenager for a four hour test.”

Through dedicated studying and the consumption of nutritious foods, Christian Brothers students are almost guaranteed to receive their desired scores.