Men’s Volleyball: The Future is Now

Filled with youth and talent, CB Men’s Volleyball has high hopes for the season. The Men’s Volleyball program at Christian Brothers looks fresh and invigorated. Despite an absence of seniors on this year’s squad, on the bench sits a group of young, talented juniors and sophomores. The young team welcomes two new experienced coaches, head […]

Filled with youth and talent, CB Men’s Volleyball has high hopes for the season. 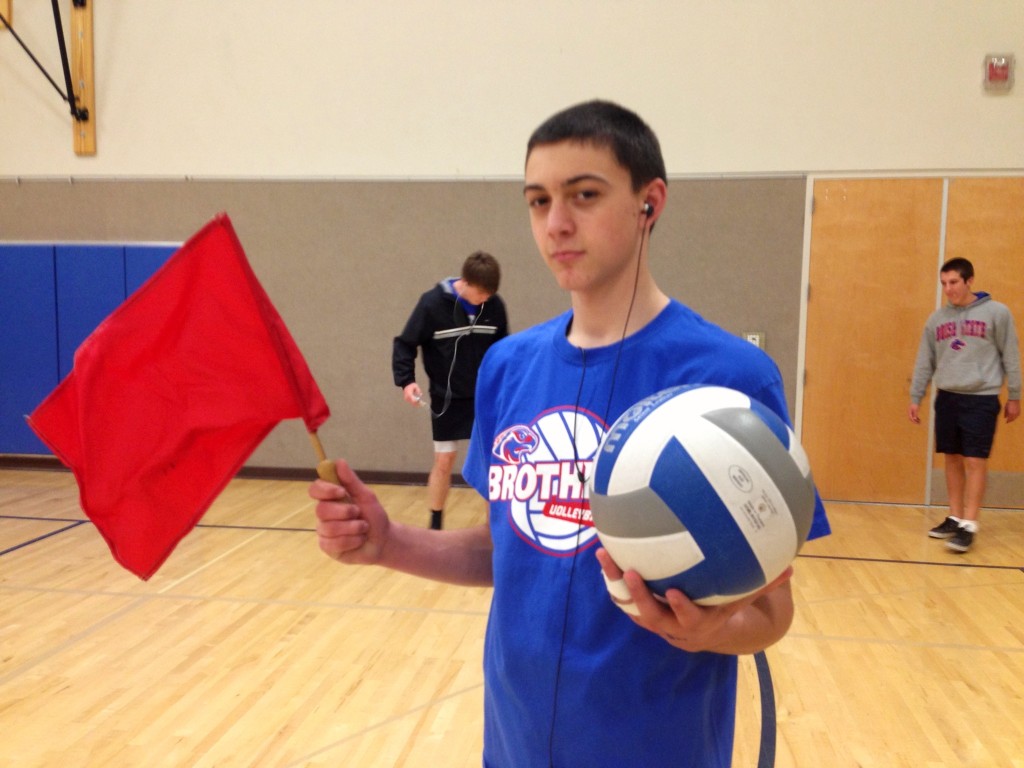 Despite an absence of seniors on this year’s squad, on the bench sits a group of young, talented juniors and sophomores. The young team welcomes two new experienced coaches, head coach Dina Bulda and her assistant Leah Klemenhagen, to guide them this season as they hope to make playoffs.

Junior Prestin Barnett (’14) played last year as a sophomore on Varsity, bur is not fazed by the sudden change in coaches, Barnett is extremely excited for the new season.  He sees it as a fresh start and a chance for the team to improve.

“I’m really excited for this year because it’s a whole new coaching staff this year,” Barnett said.  “It should be an exciting season [since] we have a lot more games this season than last year.  This year [the program] seems much more serious about the sport.”

With only juniors and sophomores, Coach Klemenhagen does not see the youth as an obstacle to succeeding this year or next year.  She thinks it will benefit the team in the long run.

“Having so many juniors will be beneficial because we will have that strong senior pack next year,” she stated.  “It will [set] the standards for the incoming freshman and sophomores.  We have a pretty good, solid group of guys.  It will raise the bar and it will increase the seriousness and intensity of the team.  We had a good number of boys tryout, and I just hope that the number increases [over the years].”

As the team searchers for a leader, she already sees one or two players rising above the rest and taking on that role.

“I see a couple guys [who will contribute] — one [is] our setter Jordan Broadhead (‘14),” she explains.  “As a setter, we call him like our quarterback of the team.  And he’s a natural leader.  I see some other juniors setting up and taking on that role of getting everyone together, making sure they are getting the balls in the cart and the nets up.”

Coach Klemenhagen is excited for the new season, but she understands this year is all about teaching the players the game and watching their development.

“I feel like it’s a rebuilding year since it’s our first year and we’re coming in as new coaches,” she explains.  “I would love for the boys to love the game of volleyball and have that desire to get better at all positions. I want us to become a competitive time so by the end of the season, [we will have] won at least 50% of our games. Our hope is that we have a fun season, we get better and we feel like a family by the end of the season.”

For Barnett, he has high hopes for the team in terms of post season and how it will benefit the team.

Coach Klemenhagen’s number one goal is for the players to learn the sport of volleyball, understand all facets of it and come together as a team.

“I want the boys to understand the mechanics of volleyball, understand the game, have love for the game and be hungry [to win],” she explained.  “The first half of the season will just be coming together learning that camaraderie.  I think it will naturally come together and flow together.

The boys’ first game is this Friday at 5 P.M. at West Campus.  Be sure to come out and support our Falcons.