Falcon of the Week: Haley Snyder

Meet a dedicated, determined, and fun-loving junior who stands out on the diamond. Haley Snyder (’14) reached a new high in her softball career this year. Softball is a team sport in which teammates use their strengths and weaknesses to play well together. Haley loves the sport because, “ it is competitive and you never […]

Meet a dedicated, determined, and fun-loving junior who stands out on the diamond. 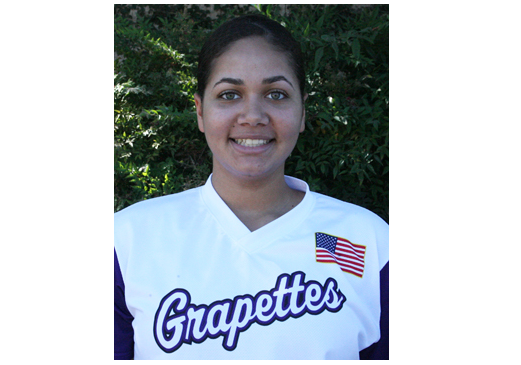 Haley Snyder (’14) reached a new high in her softball career this year.

Softball is a team sport in which teammates use their strengths and weaknesses to play well together. Haley loves the sport because, “ it is competitive and you never play the same game twice, which keeps you on your toes.”

Haley has always been an active kid –at the age of seven she told her dad she wanted to play softball. The athletic junior loves being a pitcher because she is in control of the game.

The star player says, “I am very determined. I like to do everything the best I can.”

Haley has certainly proven that determination pays off. At the age of thirteen the teenager joined her first 18 Gold team, and hit a home run on her first bat. The moment stands out as one of Haley’s favorite memories.

When asked by the Talon what keeps her motivated she says, “when I am sleeping or hanging out with friends there is someone, somewhere, that is working to be better than everyone else, including me.”

To stay competitive, the CB Falcon practices as often as she can, typically dedicating three hours a day, six days a week to practice.

While setting aside so much time for softball Haley also has to juggle school, family, and her social life. Haley wants people to know, “how much time goes into what I do.”

“People don’t understand why I can’t go to every birthday party, or why I miss sleepovers and movies,” 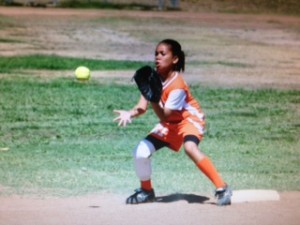 “I wish people realized that even though it’s a game it’s also a sacrifice,” she added.

All of the student-athlete’s hard work payed off last year when Haley and her team ranked seventh at Nationals.

Haley has traveled all over the U.S. to play softball. However, the most important tournament of Haley’s career so far was the Independence Day tournament in Colorado. At this tournament, Haley verbally committed to Stanford.

In order to be officially accepted, the hardworking junior has to maintain her academics and athletics for the next year and a half. In addition, Haley will be required to submit letters of recommendation and a copy of her current softball schedule.

“Sometimes I feel like I’m missing out, but I never feel like I want to quit,” the softball superstar says. “I don’t think I will ever feel that way until I don’t love the game anymore.”

Haley’s dream is to participate in the women’s College Softball World Series. Haley has inspired us to work hard for the things we love. Congratulations, Haley!